On April 9th, funk rock regional favorites Sneaky Pete and the Secret Weapons will make their return to The Cowboy Bar stage for our end of the season party

Talent buyer Justin Smith said, “when I talked to the Sneaky Pete guys and they suggested a supergroup melding of the two bands I gave them a resounding “Let’s Go!”. This party serves to celebrate the end of the winter ski season in Jackson Hole.

Sneaky Pete formed in Jackson Hole in 2011 and began to build its loyal following, winning fans over with their funky, original sound.  In 2014 they released their freshman album “Breakfast” which received airplay across the nation reaching #5 on the Relix/jamband.com radio charts. In 2016 they put out Dojo, a six-track record that was featured on NPR’s “Here and Now” program. The band has continued to tour the Western US blending funk, rock, jazz, reggae and hip hop to produce a sound uniquely their own.

Sghetti is a newer funk/jam band on the local music scene (featuring members of Sneaky Pete) but has quickly gained popularity due in large part to their charismatic frontwoman Brianna Moore.

Tickets will go on sale Friday, Apr.1 at 10am (MT) at www.cowboybarjh.com. 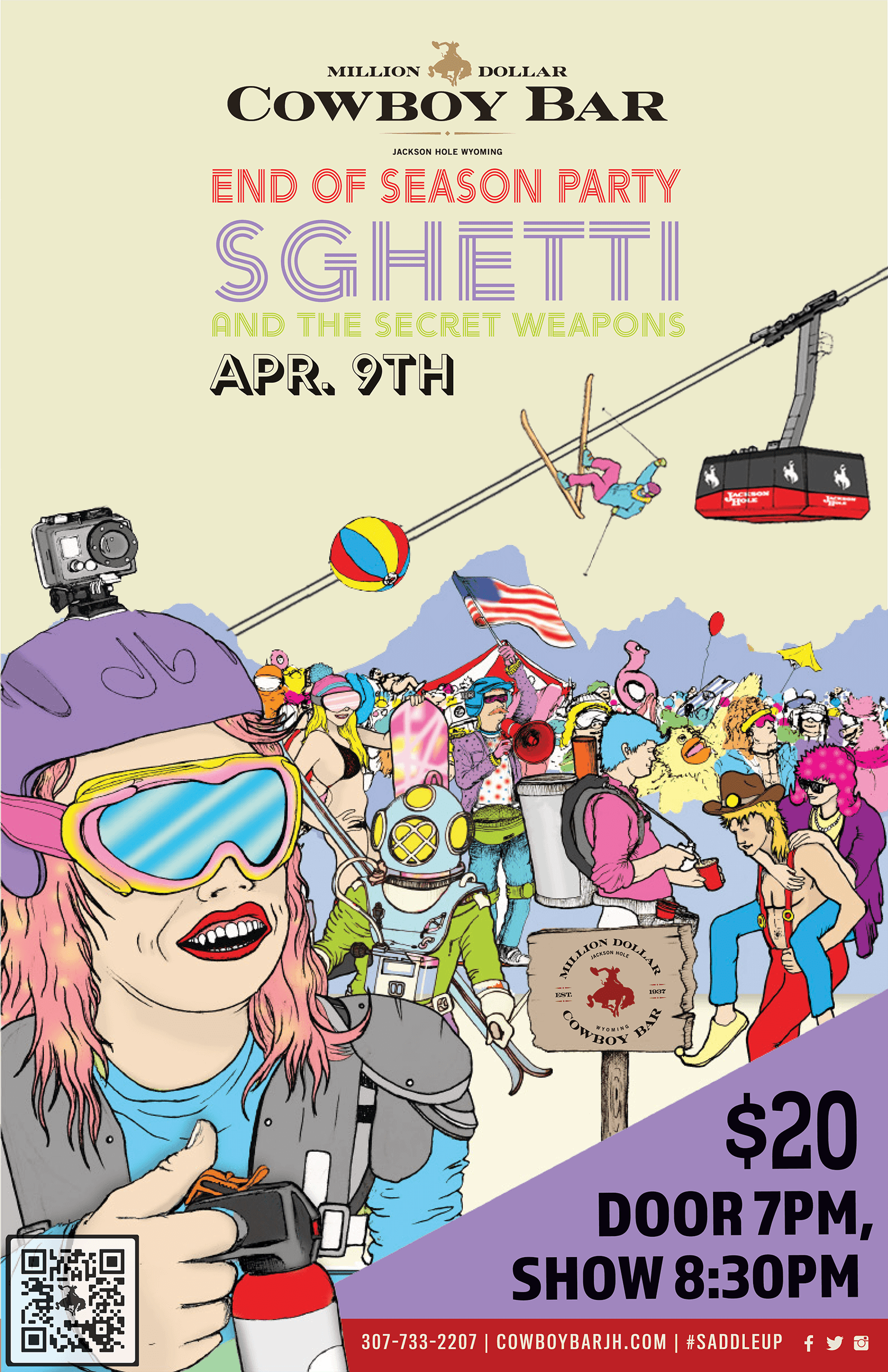