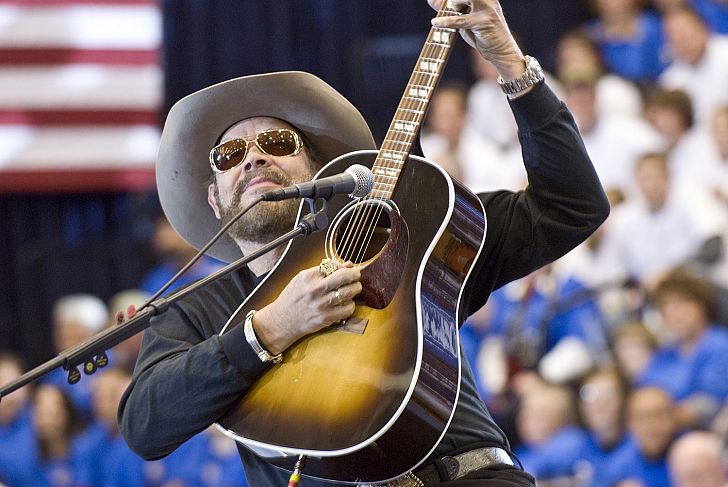 COUNTRY LEGEND WILL PLAY “ONCE IN A LIFETIME” SIT-DOWN-ONLY, SOCIALLY DISTANCED SHOW

With more than 70 million records sold, five-time Entertainer of the Year, Hank Williams, Jr., will perform for the first time since being named the newest inductee to the Country Music Hall of Fame when he takes the stage at the iconic Cowboy Bar on Friday, November 20. “Once in a Lifetime: An Evening with Hank Williams, Jr.,” will be an unplugged journey through his storied career, and will mark his first appearance in Jackson Hole since he played The Cowboy in 1980.

It’s hard to imagine what it would be like to be the only son of Hank Williams, the long-gone, legendary, lonesome singer whose short life transformed country music forever. Raised in Nashville, Hank Jr. learned music from some of the finest teachers: Earl Scruggs gave him banjo lessons; Jerry Lee Lewis showed him piano licks. He was mentored by Waylon Jennings, Johnny Cash and June Carter Cash who was Hank’s godmother. At age 11, he made his Grand Ole Opry debut, walking across the same stage his father had walked upon just a few years before. After a decade of playing songs in his father’s traditional style, Hank Jr. found his own voice. After a near-death, 550-foot fall from a Montana mountain, Hank Jr. discovered his own, unique brand of rebel-country music embracing the full-band sounds of southern rock. Over the next forty years, with countless hit records and awards, his name has become one of the most recognizable in American culture. He even won four Emmy Awards for reworking his smash “All My Rowdy Friends Are Coming Over Tonight” to serve as the theme song for the NFL’s Monday Night Football for almost a quarter century.

For his Cowboy Bar performance, Hank Jr. will play an unprecedented scaled-down show that will feature many of his iconic hits. Following current state and local health guidance, this will be a sit-down-only show with limited, socially distanced seating. Doors open at 7pm, show starts at 8pm.

Tickets are priced at $100 - $500 per seat and are sold only by the table. Two-top and four-top tables will be available to the public beginning Friday, November 6th at 10am (MT) and can be purchased online only.