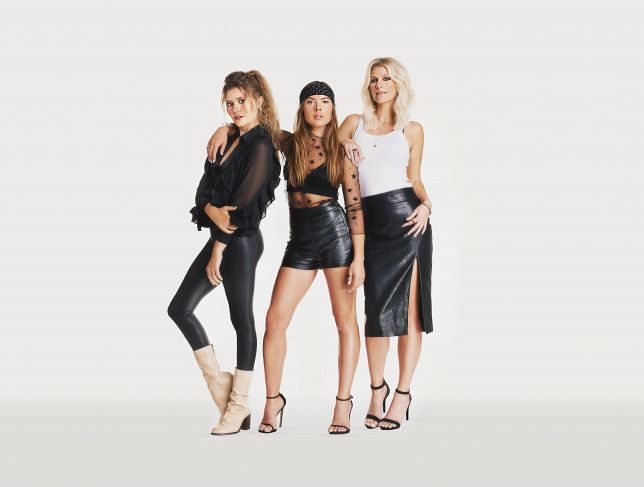 "Next women of country,” Runaway June will play at the Million Dollar Cowboy Bar on February 28th. Doors 7pm, show 8pm.
THIS SHOW IS SOLD OUT!
Rising stars, Runaway June, fresh off a 55-city tour of sold-out arena shows as a support act on the Carrie Underwood Cry Pretty Tour 360, will bring their critically-acclaimed songwriting and tight-knit, three-part-harmony to The Million Dollar Cowboy Bar on Friday, February 28th.
Fronted by Naomi Cooke, Hannah Mulholland, and Jennifer Wayne, Runaway June has quickly made their mark on the country music scene. “Buy My Own Drinks,” the self-penned, lead single from their acclaimed CD, Blue Roses, recently became the first Top-5 radio hit by a country female trio in sixteen years. Since forming four years ago, these singer-songwriters have become a multiple-time Academy of Country Music and Country Music Television award nominated band, and were named CMT’s “Next Women of Country.” In December, Rolling Stone ranked Blue Roses #14 on its list of “The 40 Best Country and Americana Albums of 2019”.
Justin Smith, talent buyer for The Million Dollar Cowboy Bar, said, “It’s very exciting to see the impact this incredible group of talented women is having on country music.  The fact that each are talented singers and songwriters is a major attraction but their world-class harmonies is what is taking them to soaring heights. We’re thrilled to kick off an exciting 2020 with this amazing show.”
Share This :