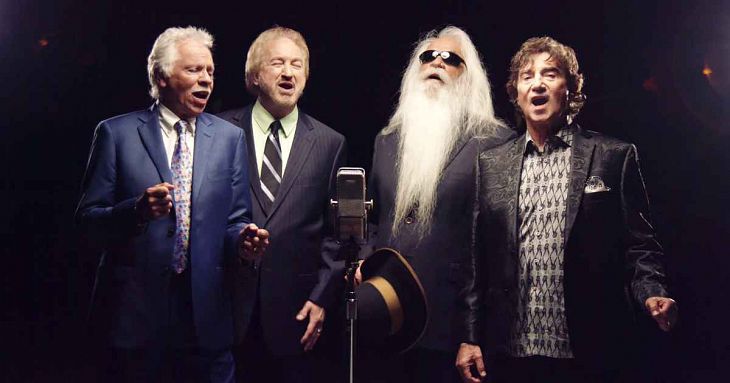 For the first time in the eighty-three year history of The Million Dollar Cowboy Bar, unprecedented demand for concert tickets has led to a second night being added. The Oak Ridge Boys announced that they will now appear at the iconic honkytonk for two nights, with the addition of a Sunday, July 12th show. This show will be at 8pm with doors opening at 7pm.

After the news got back to Nashville that the Oaks’ July 13 show had sold out in a record five minutes, lead singer, Duane Allen, reached out to The Cowboy to say the group was willing to add a second night if schedules permitted.

Tickets for the July 12th show went on sale Friday, June 26th and sold out in 9 minutes. Thank you to everyone who purchased a ticket. We are very excited for this show!

“We were already excited to be coming to Jackson Hole for the first time,” Allen said. “But this is even more fun! We’ve missed singing during the past few months of lockdown, and it looks like the good folks in Jackson Hole are ready to get out and have fun as well. We can’t wait to get there and to sing some Oak Ridge Boys songs for them.”

In accordance with the Wyoming State Health Order, and with guidance from the Jackson Hole Health Department, the Sunday night show will also be a sit-down show with very limited seating, creating what talent buyer, Justin Smith, calls “an unprecedented opportunity to witness a ‘listening show’ from these legends in this legendary venue.”