2023 COWGIRLS AT THE COWBOY

The first annual festival took place on October 7th, 8th and 9th inside the iconic Million Dollar Cowboy Bar. Carly Pearce, the reigning ACM and CMA Female Artist/Vocalist of the Year, headlined the all-star lineup for the inaugural “Cowgirls at The Cowboy."

It’s been said that everything begins with a song. The same was true for the Songwriter Showcase that kicked off the inaugural Cowgirls at The Cowboy. Perennial hitmaker and GRAMMY® winner, Natalie Hemby showed why she has amassed eight #1 country singles and been recorded by artists as varied as Miranda Lambert, Jon Pardi, Alicia Keyes, Little Big Town and Lady Gaga. Her contributions to the evening included the sing-along favorite, “Pontoon’ (Little Big Town), the poignant “Rainbow” (Kacey Musgraves) and a surprise visit to the middle of The Cowboy crowd for an intimate, unamplified performance of “Crowded Table” (Highwomen, the supergroup Natalie shares with Maren Morris, Amanda Shires and Brandi Carlile). 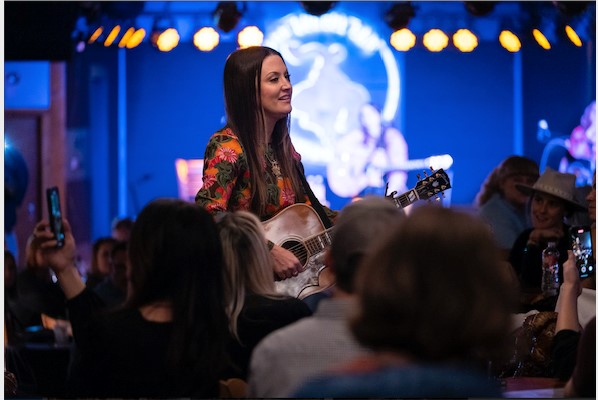 Caitlyn Smith arrived for her Jackson Hole debut fresh off a 13-city High & Low Tour 2022 throughout the upper midwest. From the first note she sang, the full-house understood why she had toured with the likes of George Strait, Tim McGraw & Faith Hill, Reba McEntire, Sheryl Crow and Little Big Town. As a songwriter, Caitlyn has been recorded by artists as varied as Miley Cyrus, Dolly Parton, Meghan Trainor and John Legend, Kenny Rogers, and Garth Brooks. The ACM New Female Artist of the Year nominee opened with a jaw-dropping performance of her “High” (Miley Cyrus) and continued with such passion that the crowd veered between stunned silence and awe, and wild standing ovations. 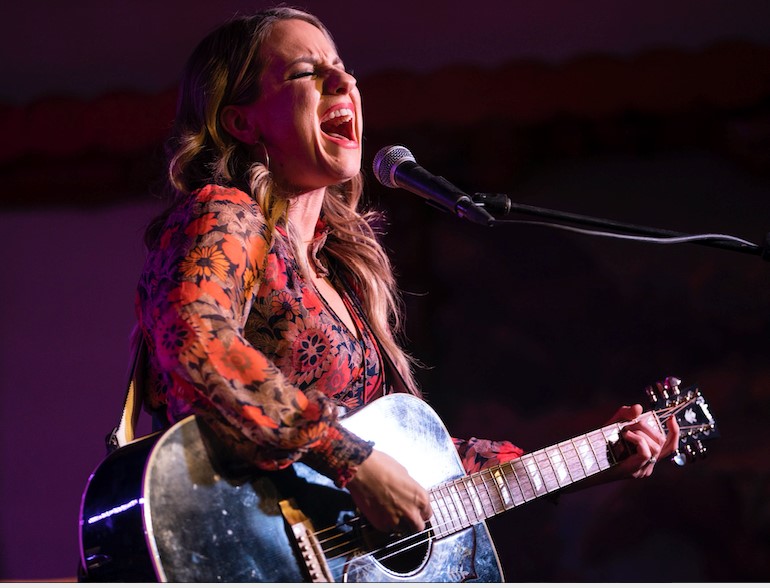 While any independent artist might have shrunk from standing between two creative giants, Jackson Hole favorite, Jenny Tolman, who curated the all-female event, stood toe-to-toe and delighted and touched the crowd with her originals, including the heartbreaking “Lonely in the Lonestar,” dedicated to a local fallen Marine. 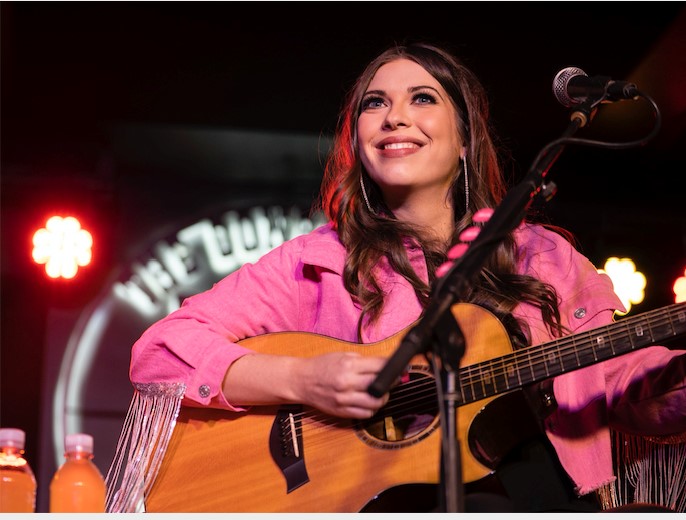 Inspired by the Songwriter Sessions at The Cowboy’s sister venue, Silver Dollar Showroom, the opening night of the inaugural Cowgirls at The Cowboy provided a memorable opportunity to bask in the talent of the country’s most prolific songwriters present their songs and the poignant or hilarious stories behind them.

The second night of the first annual Cowgirls at The Cowboy, featured a co-headline performance from two exciting emerging female artists with full bands. The dance floor was open — and stayed full all night. Nashville sweetheart Carter Faith took the stage first, and entertained the crowd with a mix of her originals as well as popular covers. Six-month pregnant, Jenny Tolman, took to the stage in stiletto cowboy boots to lead her rockling band through fewer than nineteen crowd favorites — mostly originals with a few old favorites mixed in. Jenny had the full-house laughing, dancing and singing along, especially to her song "Married in a Honky Tonk", the video for which she filmed at The Million Dollar Cowboy Bar. 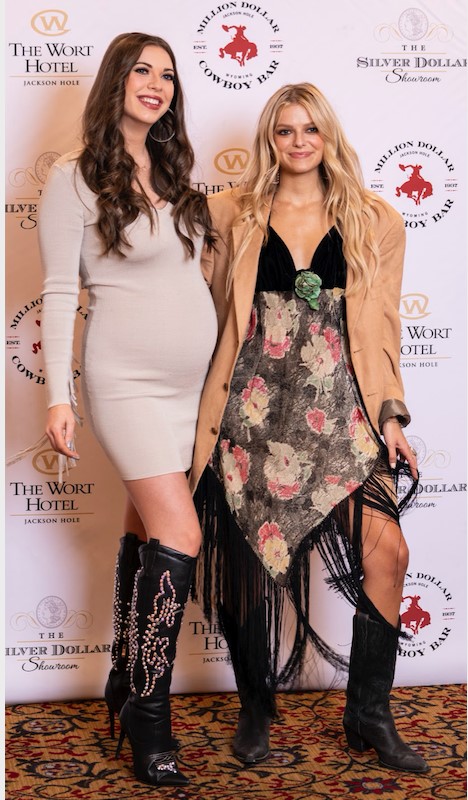 The sold-out crowd needed little convincing as to why the Kentucky native is nominated for five more CMA awards in 2022 as she led them through an 18-song set, leaning heavily on her breakout album release, 29. She included a tribute to the original “strong woman of country music,” Loretta Lynn who passed away at the age of ninety in the days preceding Cowgirls at The Cowboy. She charmed the crowd with her small-town candor, while she wowed them with her big-voiced power acoustic set. 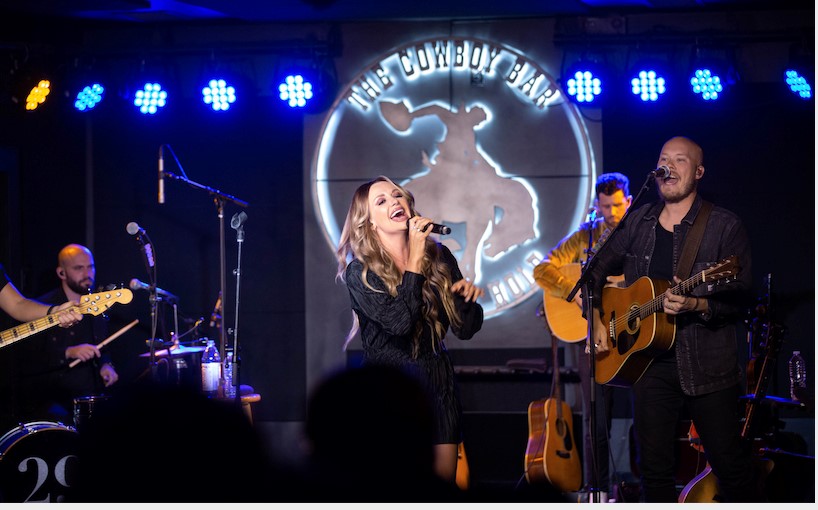 Carly was preceded to the stage by Jenny Tolman, making one last weekend appearance, accompanied by husband and producer, the GRAMMY® nominated Dave Brainard. In this scaled-down configuration, her five-song set featured two favorites, and highlighted by three never-before-performed compositions written since announcing her pregnancy.They showed a depth of emotion to accompany her tongue-in-cheek penchant for fun. 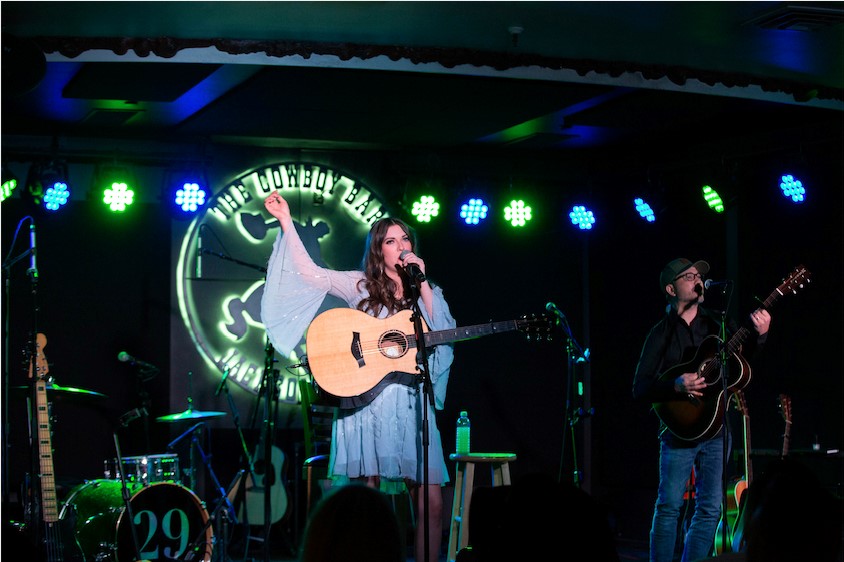 Each night of the inaugural Cowgirls at The Cowboy, was special and memorable in its design and its implementation. Taken as a whole, the weekend checked all of its stated goals of celebrating and highlighting the strong women of country music. Broadcast partner Country Music Television (CMT) captured the entire weekend and will highlight the event, the artists and Jackson Hole in a series of segments airing on Hot 20 Countdown on Oct 29 and 30. Check back here soon for updates and video highlights.

What is Cowgirls at The Cowboy?

Cowgirls at The Cowboy is a three night event, inside The Million Dollar Cowboy Bar, featuring performances from the top female songwriters in the genre, emerging stars of tomorrow and a headline performance from one of the most exciting female vocalists in the business.

How are tickets sold?

There is a different ticket for each night. Tickets are available here.

Can I buy one ticket for the whole weekend?

No. Each night requires a separate ticket.

Are seats reserved on each night?

The Friday and Sunday performances will be fully seated and reserved. Tickets will be sold by the table (tables of 2 or 4) as well as single saddle barstools.

The Saturday performance will feature Reserved seating in the VIP sections with the rest of the tickets being General Admission (with tables and saddle barstools being first-come-first-served.

Is there an age limit?

You must be 21 and over to enter the Million Dollar Cowboy Bar and attend the concert.

If my plans change can I get a refund on tickets?

No. There will be no refunds once tickets are purchased.

Can I buy merchandise?

Some of the artists will have merchandise for sale each night.